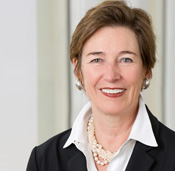 Kathleen Brown – Chair, Board of Directors

Kathleen Brown is currently Partner at Manatt, Phelps & Phillips, LLP where she focuses on business counseling, government and regulatory affairs, particularly as they relate to the healthcare, energy and financial services industries. Ms. Brown brings to her practice a background that includes 18 years as a senior executive in the banking and financial services industry and 16 years of public-sector experience, including a term as California’s state treasurer.

Ms. Brown joined Manatt after more than 12 years at Goldman Sachs, Inc., a global investment banking and securities firm, where she served as chairman of Midwest Investment Banking and, prior to that, as managing director and head of the firm’s Western Region Public-Sector and Infrastructure Group. Ms. Brown also held various senior positions with Bank of America, including president of the private bank.

During her tenure with Goldman Sachs, she worked closely with healthcare institutions in California and the Midwest in both an investment banking and strategic advisory capacity, with a particular focus on helping firms navigate the challenges and leverage the opportunities presented by healthcare reform. She also worked with energy clients and participated in over $4.2 billion of water and power bond financings, working extensively with municipal utilities in California, including on projects to meet California’s renewable energy standards.

Ms. Brown’s experience in the government arena includes serving a term as California state treasurer, where she managed a $25 billion bond portfolio, oversaw a $32 billion cash management fund and served as a trustee on the boards of CALPERS and CALSTRS, two of the largest pension funds in the nation. During that time she was co-chair of the Council of Institutional Investors. She was the Democratic Party nominee for Governor of California in 1994, the co-chair of the Presidential Commission on Capital Budgeting, a commissioner of the Los Angeles Board of Public Works, and a two-term member of the Los Angeles Board of Education.

Before beginning her campaign for treasurer, Ms. Brown was an attorney in the New York and Los Angeles offices of a global law firm, where she was a member of the Capital Markets Group specializing in public and corporate finance.

Fred Ali is the President and Chief Executive Officer of the Weingart Foundation, a private foundation that supports nonprofit organizations in more effectively addressing the needs of low-income and underserved individuals and communities in Southern California. Prior to his appointment to the Foundation in 1999, Fred held senior leadership positions with non-profit organizations, educational institutions, and government agencies.

Fred currently chairs the Board of Advisors for the Center on Philanthropy and Public Policy at the Price School of Public Policy, University of Southern California. He sits on the boards of the California Association of Nonprofits, the Child Welfare Initiative, and Grantmakers for Effective Organizations. Fred also serves as a Senior Fellow at the UCLA Luskin School of Public Affairs. He is a frequent a speaker on issues and trends affecting nonprofit and philanthropic organizations.

John Emerson works in global distribution as vice chairman of Capital Group International, Inc. He has 18 years of industry experience, all with Capital Group.

He most recently served as the United States ambassador to the Federal Republic of Germany. In 2015, John was awarded the State Department’s Susan M. Cobb Award for Exemplary Diplomatic Service, which is given annually to one non-career ambassador, and in 2017 he was awarded the CIA Medal and the U.S. Navy’s Distinguished Public Service award.

Prior to accepting the ambassadorial posting, John was president of Private Client Services for the Capital Group Companies. Before joining Capital, he was deputy assistant to President Clinton where he coordinated his economic conferences, served as the president’s liaison to the nation’s governors, and led the administration’s efforts to obtain congressional approval of the GATT Uruguay Round Agreement and the extension of China s MFN trading status. Additionally, he was appointed by President Obama to serve on his Advisory Committee for Trade Policy and Negotiations. Before working in the Clinton White House, John served as Los Angeles Chief Deputy City Attorney, and was a partner in the law firm of Manatt, Phelps, Rothenberg, and Phillips.

Ambassador Emerson currently serves as Chairman of the American Council on Germany and on the boards of the Pacific Council on International Policy and the German Marshall Fund. He is a long serving member of the Council on Foreign Relations. 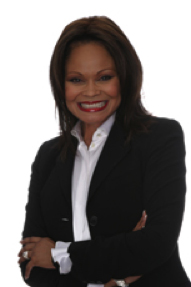 In this millennium, Janice Bryant Howroyd knows the business world must be more innovative and more exciting! At the same time, it is more crowded, more competitive and more perilous. She thrives on maintaining an edge, expanding into new markets and offering valued clients new services as part of a precision business plan.

Today, the ACT•1 Group thrives through several verticals that add value to each other to support an overall business plan. Driven by Bryant Howroyd’s personal mantra, “Keep the humanity in human resources,” a team of diverse, entrepreneurial professionals manages one of America’s most highly respected and experienced staffs in the industry.

Janice Bryant Howroyd’s personality, perseverance and drive, coupled with – as she points out – her “extraordinary team” is what ensures ACT•1’s continuous growth in a global market.

Motivated by the supportive environments of her own youth, Janice Bryant Howroyd believes that people perform best when their personal strengths are developed and challenged. Her theory is proven true by the 25+ years she has driven a highly successful business. “It is a core value of how I do business today,” says the CEO. “It has never been just about making a match to make some money.”

“Empowering people is a blessing and a responsibility.”

Staying true to these beliefs supports ACT•1, Janice Bryant Howroyd and the communities they service. She and the company contribute well to education, entrepreneurship and economic development. She says, “Growing a global business is all about doing something good for the world.” 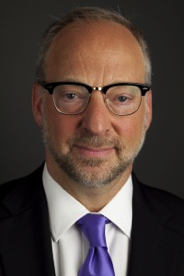 Rick Jacobs serves as senior political advisor to Mayor Eric Garcetti. He is founder and principal of RDJ Strategic Advisors, which provides expertise to ultra-high net worth families, investors, non-profits and corporations. Jacobs has decades of experience as a senior officer of a Fortune 50 company, establishing high-impact not-for-profits, running a family office, extensive business travel around the globe, successful political campaigns and senior level government service.

Mr. Jacobs serves on the Board of the Mayor’s Fund for Los Angeles, which he created. He also serves on the advisory board of CloudKitchens, providing infrastructure and software for on-demand food delivery.

Jacobs is also an innovative social change activist. He founded the Courage Campaign, a fast-growing online network that played a leading role in the repeal of Don’t Ask Don’t Tell and the overturning of Prop 8, as well as the passage of Prop 30, which resulted in balanced budgets for California. In 2003-04, Jacobs served as California chair for Democratic presidential candidate Howard Dean.

In 1991, Jacobs launched Newstar, an investment and advisory firm focused on the former Soviet Union. Before Newstar, Jacobs was Assistant to the Chairman of Los Angeles-based Occidental Petroleum Corporation, and then Vice President of the company. In that capacity, Mr. Jacobs traveled to the USSR 60 times in the 1980s, with frequent trips to China, Korea, Western and Eastern Europe, Afghanistan, Israel and other nations.

A native of Oak Ridge, Tennessee, Jacobs is a 1980 graduate of Georgetown University’s School of Foreign Service, where he received the Dean’s Citation. He has served on numerous non-profit boards, including the defense conversion committee of the Pentagon’s Defense Science Advisory Board.

Prior to joining Warner Bros., Ms. Myers served as Managing Director of the Glover Park Group, where she used her years of experience in politics and media to counsel clients on strategic and crisis communications, reputation management and strategic positioning.

Ms. Myers served as White House Press Secretary during President Bill Clinton’s first term and was the first woman to hold the position. After leaving the White House, she worked as a political analyst, commentator and writer as well as a contributing editor to Vanity Fair. She is the author of the New York Times best-selling book “Why Women Should Rule the World.” She also co- hosted the CNBC political talk show “Equal Time” and served as a consultant on Warner Bros. Television’s Emmy Award-winning drama series “The West Wing.”

Before joining the Clinton presidential campaign in 1991, Ms. Myers worked on a number of local, state and national campaigns. She served as press secretary for Dianne Feinstein in her 1990 bid for governor of California and worked on the presidential campaigns of Governor Michael S. Dukakis and Vice President Walter F. Mondale. She also worked on the staffs of Los Angeles Mayor Tom Bradley and California State Senator Art Torres.

Ms. Myers is a board member of The Smithsonian’s National Museum of American History and Wynn Resorts. A graduate of Santa Clara University in California, she lives in Los Angeles with her husband, Todd S. Purdum, a staff writer at The Atlantic, and their children.

David Nathanson has built and managed some of the most impactful consumer facing brands in the media space. An 18-year veteran of 21st Century FOX, Mr. Nathanson most recently served as the Head of Business Operations, FOX Sports Media Group, where he led strategic planning, rights acquisitions, rights management, mergers and acquisitions, and new revenue generation for the leading sports media group including its various international, national, regional and digital assets.

Over the course of his tenure at FOX, Mr. Nathanson launched and managed 10 national networks including FS1, FS2, FOX Soccer, FOX Reality and FOX College Sports.

Mr. Nathanson served as President of Television Games Network from 2005 to 2009. Under his leadership, TVG became the largest legal Internet gaming provider in the United States and one of the most widely distributed niche sports networks on television. After years of growth in revenue and distribution, Mr. Nathanson led the sale of TVG to Betfair Group LTD in 2009.

Mr. Nathanson earned a bachelor’s degree from the University of Pennsylvania, graduating with honors. He also holds an MBA from the Anderson School of Management at UCLA.

Currently, Mr. Nathanson is President of Mapleton Investments, Chairman of Falcon Water Technologies and serves on the board of The FanDuel Group, Brentwood School, United States Soccer Foundation, Young Presidents Organization (YPO) Los Angeles Chapter, Seattle Sounders, NHL Seattle and Colgin Cellars. Mr. Nathanson is a four time Emmy Award winner for his work in Sports media, was the recipient of the prestigious “40 Under 40” award in 2012 presented by the Sports Business Journal and was twice named by CableFax as one of the 100 most influential persons in the media industry.

Pastor’s research has generally focused on issues of the economic, environmental and social conditions facing low-income urban communities – and the social movements seeking to change those realities. His most recent book is Just Growth: Inclusion and Prosperity in America’s Metropolitan Regions (Routledge 2012; co-authored with Chris Benner), a volume that brings together quantitative and qualitative analysis to argue that growth and equity can and should be linked, offering a new path for a U.S. economy seeking to recover from economic crisis and distributional distress. Previous volumes include: Uncommon Common Ground: Race and America’s Future (W.W. Norton 2010; co-authored with Angela Glover Blackwell and Stewart Kwoh) and This Could Be the Start of Something Big: How Social Movements for Regional Equity are Transforming Metropolitan America (Cornell University Press 2009; co-authored with Chris Benner and Martha Matsuoka).

Dr. Pastor served as a member of the Commission on Regions appointed by California’s Speaker of the State Assembly and as a member of the Regional Targets Advisory Committee for the California Air Resources Board; he is currently on the Commission of the Parks Forward initiative. In 2012, he was awarded the Wally Marks Changemaker of the Year award from the Liberty Hill Foundation in Los Angeles in recognition of his many research partnerships with social justice organizations.